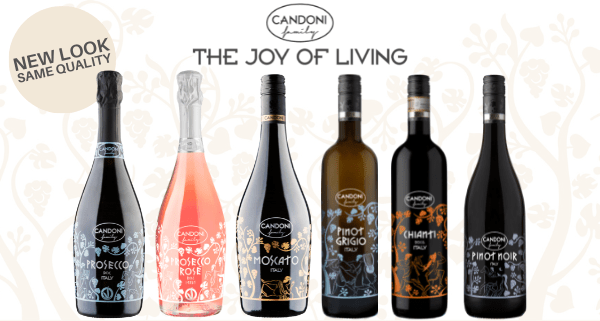 This July, the Candoni De Zan family, one of Italy’s leading family-owned wineries, will debut a new look for their well-known Candoni Etruscan wine collection. This is the second and final installment of new packaging for the Candoni collection: updates to the Candoni organic wine collection packaging were released earlier this year.

Candoni was one of the first brands to import into the U.S. popular wines such as Prosecco and Moscato.

“We lived for a few years in Atlanta, Georgia,” said Armando De Zan, founder and owner of Candoni De Zan Family Wine Group. “And at that time there was hardly any Prosecco in the U.S. I come from Veneto, Italy, and one of the things I was missing the most was this generous sparkling, fruity wine I was used to drinking, so I decided to import it to the States to let it be known by the American consumers, and so I did!”

That was in 2003, and since then, the Candoni wines have been a great hit.

“From the very beginning, we chose to pay homage to our land and heritage by designing a unique packaging,” said Elviana Candoni, Candoni De Zan Family member and owner. “We chose to use a special technique called serigraphy in order to reproduce the Etruscan frescoes.

I love art and history and I have always been fascinated by this ancient culture. The Etruscans lived in Italy before the Romans and were the first to cultivate vines and produce and drink wine.”

The new design evokes the joy of living of these ancient people, who loved music, dancing, eating, and parties. As the Candoni collection had tremendous success, more and more people started to recognize it as “the painted bottle.” 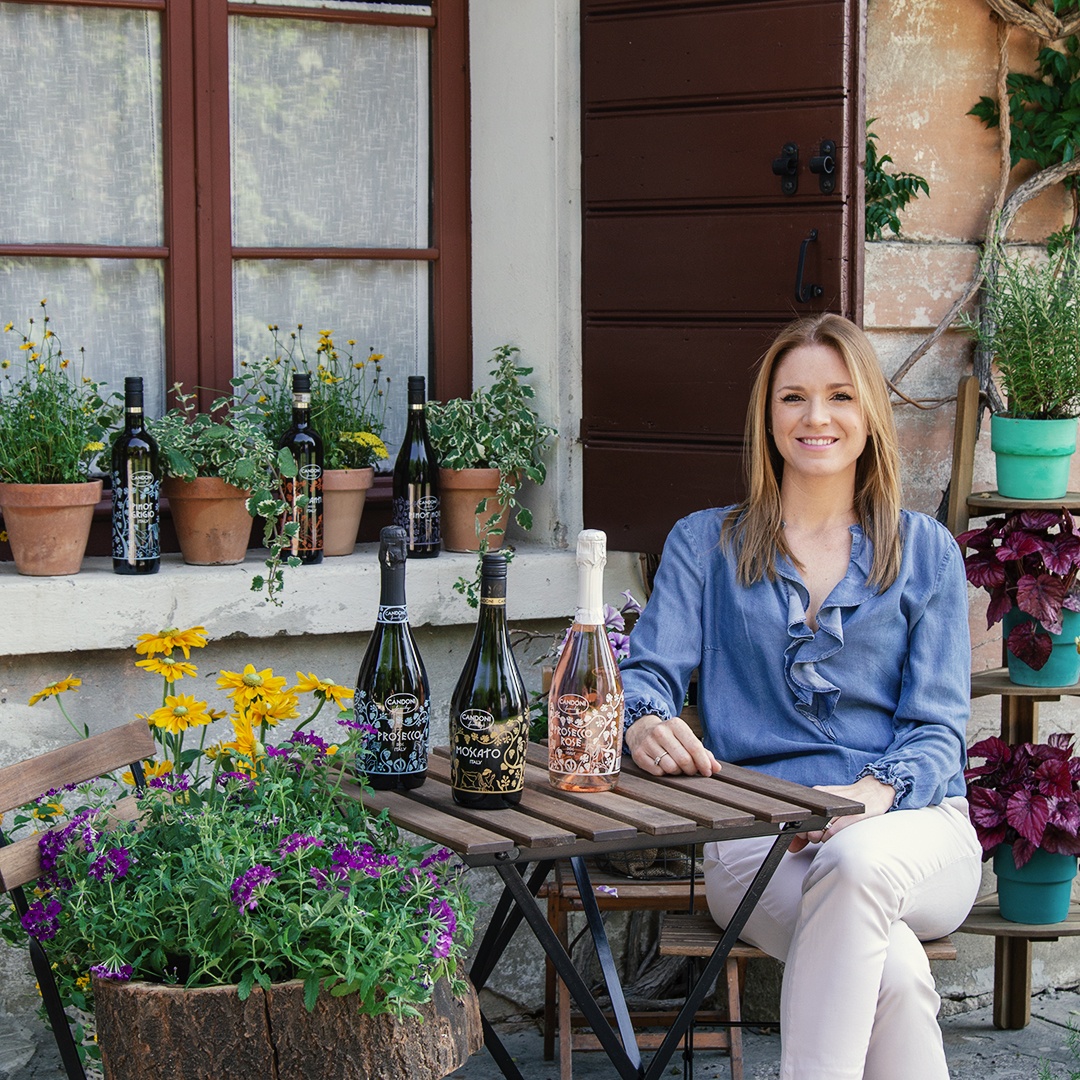 “Now, with the new more contemporary look, we  will relate not only to our current artistic and fun-loving customers, but the next generation of younger, millennial consumers as well,” said Caterina De Zan, Candoni De Zan Family member and owner. “I believe that tradition and innovation must always be integrated, and can’t wait for our followers to see the new designs!”

The joy of living remains the inspiration behind the new look. In this latest version, the Etruscan  figures are surrounded by a lush nature scene where grapevines and ivy with berries embrace. The vine is a climbing shrub, a species of liana. In the woods, its natural environment, it tends to climb up a tree to reach the light.

“We have also changed the closure from cork to screw caps, which is a very convenient closure for the consumers,” said Barbara De Zan, Candoni De Zan Family member and owner. “All of our packaging is recyclable, and we don’t use labels so there is no use of paper, another way to respect our trees and environment. This is part of a strong commitment that we have had for more than 8 years with the Arbor Day Foundation.”

Each Candoni varietal has a different design.

(This new collection will be on the shelf starting July 31st, 2021)

The complete line has the following wines:

The Candoni De Zan family has been involved in winemaking since the late 1800s. A culture built around quality and integrity was established by their forefathers and continued by successive generations.Their wineries are in the Veneto region, where they own Tenuta Polvaro Estate, and in Piedmont, in addition to other vineyards located in other regions of Italy.

A distinct “taste for the territory” and dedication to sustainability have always distinguished the Candoni De Zan family’s entire approach to winemaking. Their wines are the fruit of an enological project that emphasizes native grape varieties, which are a pure expression of their territory and transmit a unique and inimitable personality to the wines.

Find a Location Near You