Dear coffee, We love you! 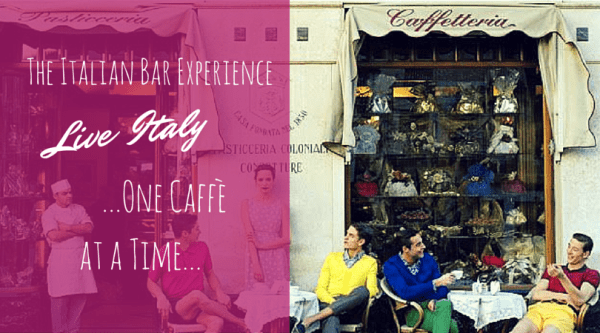 October is National Italian-American Heritage month in the US.

Like many other ethnic groups, Italians have had an important role in the cultural development of America. As emigrants, we brought foods that are now considered part of everybody’s daily life like wine, coffee and pizza. We would like to dedicate this month’s blog posts to exploring two staples of our food culture: coffee and pizza. With the pizza recipes we will also suggest some wine pairings, but let’s start by talking about coffee, its history and culture in Italy.

Coffee arrived in Venice, which was a major port in the Middle Ages from Istanbul. It was originally sold in pharmacies as a cure for any type of ailment: If you had a stomach ache, drink coffee. If you couldn’t sleep or stay awake, drink coffee. Funny isn’t it? In 1638, it began to be sold commercially and coffeehouses soon sprang up around the canals.

Today Caffè Florian, opened in 1720, in Saint Mark’s Square is Italy’s oldest coffeehouse. Its elegant frescoed rooms attracted many notables of the day including Goethe and Casanova, who was no doubt attracted by the fact that Caffè Florian was the only coffeehouse that allowed women to enter. Coffeehouses became places where people gathered to drink coffee, learn the news of the day, converse and do business. They became popular and spread all over the peninsula.
Fast forward to modern Italy. No matter the occasion, coffee must be done right over here. It’s an art! A perfect espresso (not expresso) must be rich, creamy and balanced from start to finish. It’s the ritual with which we begin our mornings. In Italy there is no tradition whatsoever of savory foods on the breakfast table. The typical Italian breakfast is made of a hot beverage, like coffee or tea, with something sweet to eat: pastries, cookies, croissants etc.

Morning coffee is often made at home using a Moka or also called Caffettiera. It’s a steel coffee maker that is put on a stove and makes coffee by boiling water to force steam through the grounds. If we don’t have breakfast at home or, for our mid-morning or mid-afternoon breaks, we go to a bar (in Italian the word for coffee shop and bar is the same). The bar provides the venue to interact with others. It’s where we get together and, especially in small towns, we go there several times during the day; at least in the morning for coffee and in the evening for an aperitivo. While a smiling barista is pulling shots of espresso coffee, you have time to choose with calm, which pastry or coffee you want. You can decide if you want to drink your coffee standing and skim-reading the newspaper or, on the contrary, sit down and chat with friends.
The Italian espresso bar has inspired many foreigners to open their owncoffeehouse chains, and has spread out around the world, but keep inmind, that coffee, like food in Italy, has its own distinct culture and customs that are set in stone.

One of the most beautiful traditions is the caffè sospeso in Naples. A customer of a coffee shop pays twice for a cup of coffee but they consume only one. The second coffee is considered ‘suspended’ until someone in need comes into the café and asks if there are any prepaid cups of coffee. If there are, the person is served a free cup. It’s an anonymous form of
social solidarity.

Coffee in Italy can be prepared in different ways and here are a few of the
most popular coffee drinks served in an Italian cafè:

Un caffè (acup of coffee) – will always get you a shot of espresso in a small cup. Don’t be put off by the tiny cup. An Italian espresso is very strong.

Caffè Macchiato or simply Macchiato – literally “stained coffee”, meaning a normal dose of espresso with a drop of milk in it. Still served in a small cup.
Latte– be very careful! Latte in Italian means milk. The closest thing to a latte here is a latte macchiato, which consists of hot milk with added coffee.
Cappuccino– is a coffee drink prepared with espresso, hot milk and steamed-milk foam. The name comes from the Capuchin friars, referring to the color of their hooded robes. In Italy, cappuccino is traditionally consumed early in the day; never after lunch or dinner.

Latte Art on top of a cappuccino has become quite popular since the eighties and seeing it, when your hot cup arrives, always makes you smile.

When talking about coffee, we Italians become very serious, because we
know exactly what we want and, maybe even more, how we want it.

In our family, mamma and papà want their cappuccino boiling hot; I like mine  to be topped with sprinkled cocoa powder.  We love the ritual of coffee — the act of making coffee and trying different variations at home or at the bar. We can drink up to or sometimes 4 in a day! It’s an authentic food experience and one of the cheapest: across the country, a caffè taken at the bar costs between €0,80  and one euro. So, next time you come by, drink up, and enjoy!